Jersey Jim is an accomplished magician, but the secret to his success, and the reason schools and families keep having Jim back year after year and the reason kids tell their parents they want Jersey Jim to come back over and over is because he is  also a great entertainer! 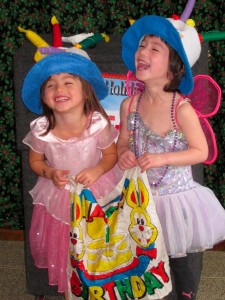 Jim does this by using some simple but extremely effective techniques.  One is called “Look Don’t See,” where the children see something but Jim doesn’t.  Another way is the magic doesn’t work until the children say the magic word, another example is Jim will simple call something the wrong color and the children have to correct  him. “As simple as that sounds, the kids love it,” Jim contents. 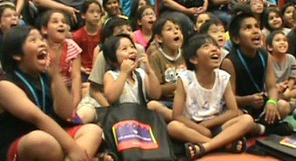 They love it because it makes them feel superior to an adult.  Think about it from a child’s point of view.  Children live in a world where the adults have all the power over them.  But if you can give a child a sense of power over an adult, it’s a very powerful and joyful experience for them, and, sometimes, it’s the first time they’ve ever felt that way,

Another bit Jim does is an example of “look don’t see:” Jersey Jim sometimes wears a wizard hat and every time he takes off the hat to take a bow, the kids see that he’s wearing a toilet plunger on his head. ” “They’re pointing and laughing and I’m telling them to stop laughing at me because I’m a serious magician,” Jersey Jim explains.  And, by the way, while Jim is employing that gag, he is cutting and restoring a rope three times, which is very powerful sleight of hand, but he’s making it all about the kids having a great time.  That is what is why so many people call Jersey Jim the best kids magician they have ever seen.

(Above video posted by parent who claimed, Jersey Jim the Best Kids Magician they had ever seen)

Every one of Jim’s magic tricks is part of a full routine–like a game–that the children are involved with.  And, unlike most other magicians, Jersey Jim creates his own original magic routines that you will see from no other magician.

But the kids aren’t the only ones laughing and have a great time at Jersey Jim’s children magic shows.  The adults are laughing and entertained just as much as the kids.  The parents and adults love seeing the children having fun and being in these adorable situations, but Jim also includes lots of humor for the adults that go right over the children’s heads but leave the adults laughing their butts off.

You see that in testimonial after testimonial where adults say we had as much fun as the kids did.  So, it turns out, Jersey Jim isn’t just the Best Kids Magician they’ve seen, he is also the most entertaining magician period.