As a professional children’s entertainer, I get to see how much parents love their children as demonstrated by the wonderful birthday parties they put on for their little ones.  It is a heartwarming experience to see the happy faces of the children as they enjoy their birthday parties with friends and family.  The children bask in the joy of the knowledge that they are so special to their parents.

While hosting a birthday party is such a big job and a wonderful gift that parents give their children, there are some parents who go above and beyond.  These parents aren’t only the wealthiest ones who might hire big halls or multiple entertainers.  Many of these parents are the ones who do most of the heavy lifting themselves in order to make their child’s dream party a reality.

Recently, I performed a birthday magic show at for a little boy whose parents had created a Harry Potter-themed birthday party for him by recreated a room from Hogwarts!

The mother made floating candles by gluing battery powered tea candles to the tops of toilet roll tubes which were painted white and hung from the ceiling using fishing line.  She even created the illusion of melting wax on the sides of the candles by using a hot glue gun.  The father went to the extreme of using dry ice to make the cauldrons boil and bubble.  What a lucky little boy! 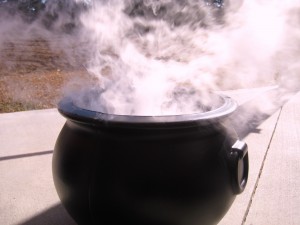 I was so impressed by all the love and attention and hours these loving parents put into creating this charming fantasy for their son.  He was a sweet little boy and he deserved it.

At another recent party, I was struck by an uncle who went above and beyond!  This uncle was a printer by trade, and he took it upon himself to create this incredible, giant, birthday archway that led into the backyard where his nephew’s party was being held. 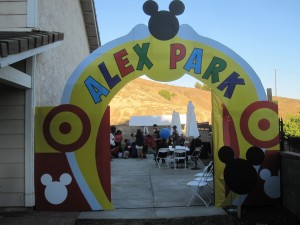 I had never seen anything like that before.  It just goes to show how much parents love their children, and, as long as that purest of love exists in the world, we can have hope for the future.

Jersey Jim is a nationally-known children’s magician and he has compiled 25 do-it-yourself ways to make your child’s birthday party the most special ever!

You already have all the love in the world for your child.  All you need are Jim’s creative ways to show it more clearly than ever before.  Click the above picture to learn how.

Jim is sharing his professional secrets with parents to become your child’s hero.  It’s not the birthday gifts your child will remember for the rest of their lives.  It’s the love.

Jersey Jim is also a loving father; he understands the love we all feel for our children. 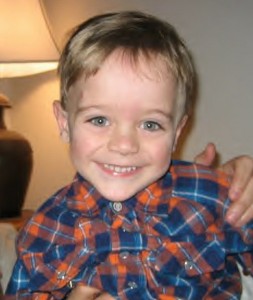 The Magician’s Own Son